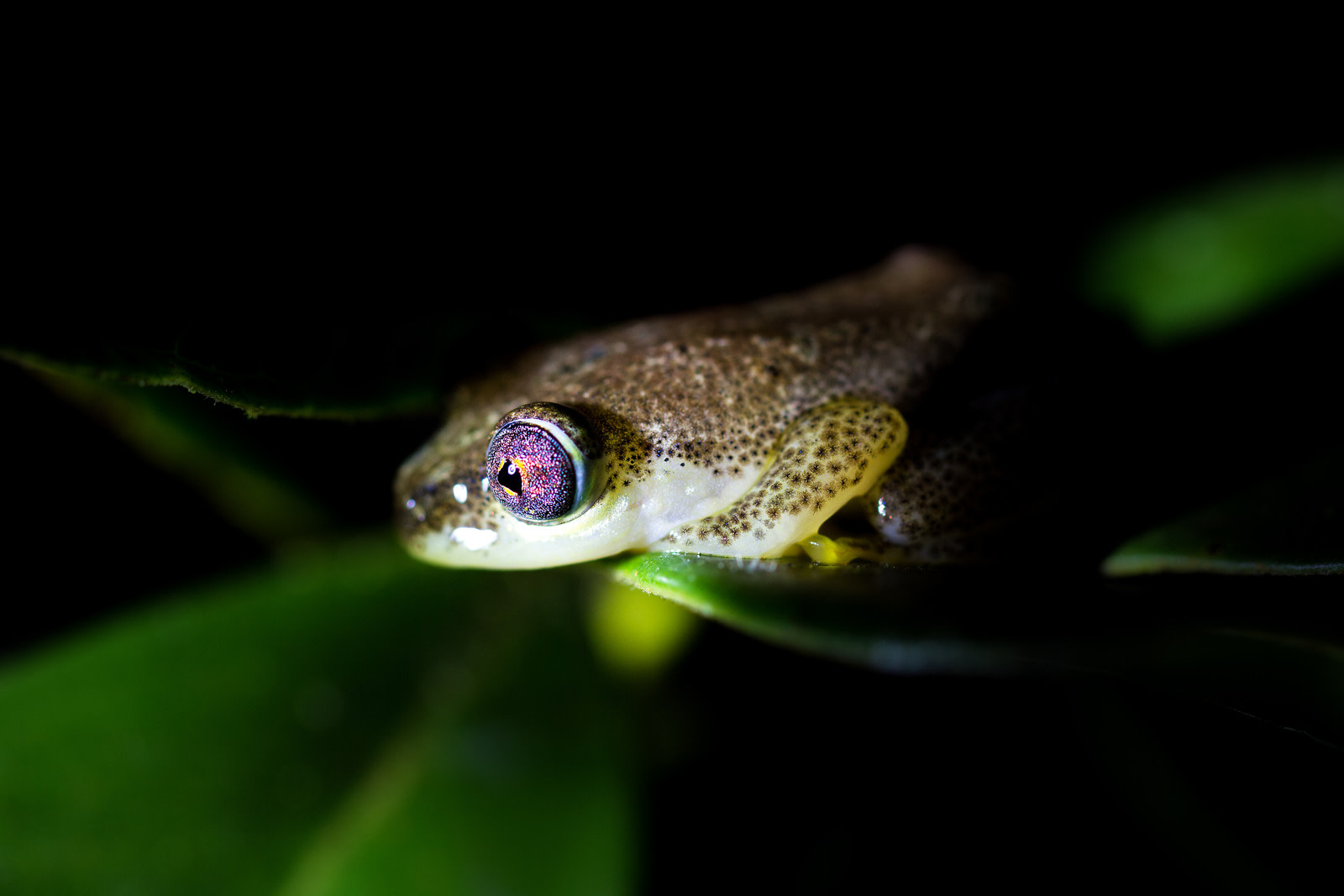 Amphibians are the most threatened vertebrate class on earth, with The IUCN Red List of Threatened Species listing 40% of species threatened with extinction. Habitat loss and degradation, pollution, disease, invasive species, use and trade and climate change are among the principal threats putting amphibians at risk of extinction.

Australia has over 240 known species of frog, almost all of which are found nowhere else in the world. Some species are flourishing, like the Striped Marsh Frog. But others have declined dramatically since the 1980s, and four have become extinct.

Can you help us conserve Australia’s frogs?

FrogID is a national citizen science project that is helping us learn more about what is happening to the only remaining amphibians in Australia—frogs. Download the FrogID app to discover which frogs live around you, record frog calls and help track native populations.

While habitat loss is the most ubiquitous threat, there are new and potentially devastating combinations of threats that are emerging because of our modern and globalized systems and associated activities, such as emerging infectious diseases and trade. The nature of some of these threats is global, and even those that take place at local scales may be driven by global economies of scale. Because of this, understanding amphibian declines and extinctions in a global context as well as a local one are keys to help support amphibian conservation efforts on the ground.

The Night Frogs by M.J. Gibbs celebrates these amazing creatures and shines a spotlight on amphibian conservation. Written in tribute to her favourite organizations, the Amphibian Survival Alliance, this tiny tale shares a grand message—inspiring children to explore and protect nature’s little creatures.

It is an honor to have Dr. Laurie Marker of Cheetah Conservation Fund (CCF) read this story from the first collection of our Writing for Nature Initiative. Her pioneering research and conservation projects for cheetahs, is something we have proudly supported over the years. To learn more about CCF and the cheetah cub, Khaleesi, who makes a special appearance in this video, please visit: cheetah.org.

You can help #savethecheetah by submitting a short story about our friends @ccfcheetah.

ABOUT US
BEJournal embraces vanguards of story-culture to develop creative collaborations which foster new ways of looking at nature.
FOLLOW US
© Earth Endeavours Media 2021. Our unique logo was designed by the talented Emily Croft.
MORE STORIES
Children

Dangerous Things Kids Should Do