Earth Endeavours
Home Nature Conservation Nature Recovers with a Little Help from Us! 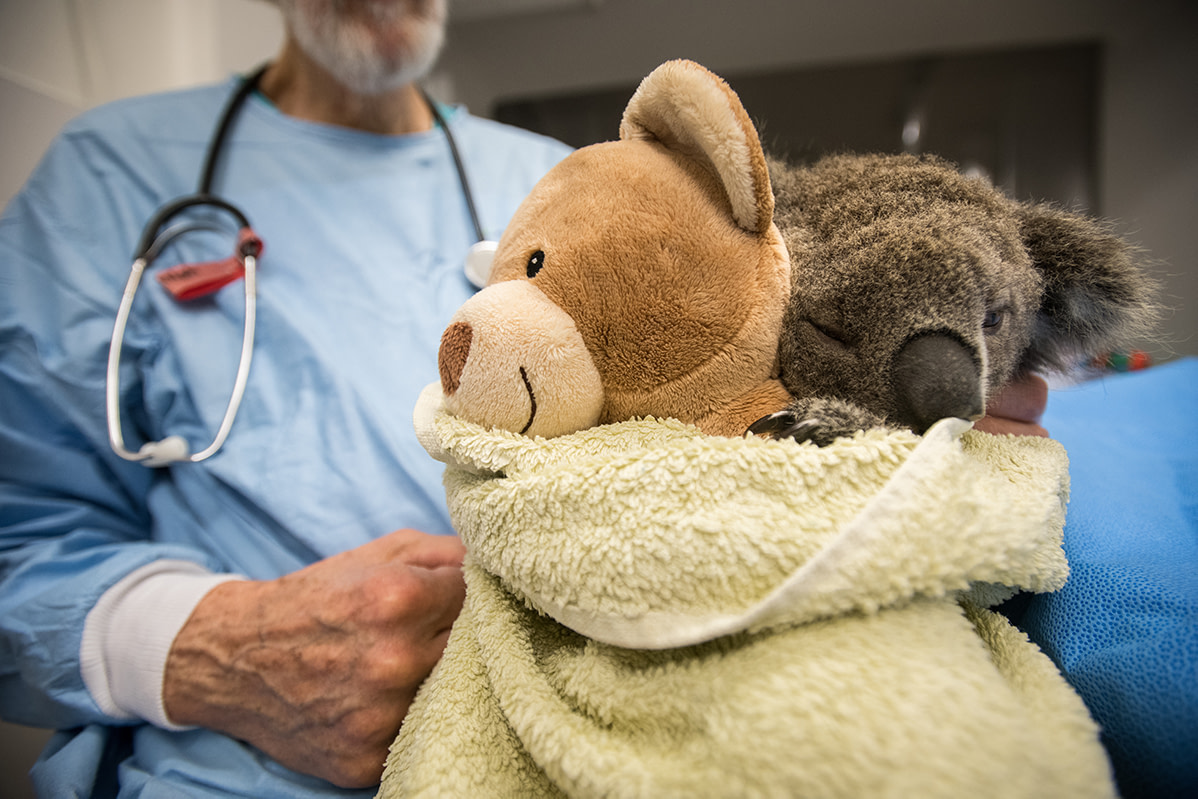 As an uplifting reminder of nature’s resilience, an international team of wildlife volunteers have successfully released 12 koalas back into the wild following their rescue in January from the Blue Mountain bushfires.

The koalas rescued from approaching bushfires were reintroduced back into the eucalyptus forests by Science for Wildlife and the support of San Diego Zoo Global. Prior to release the koalas sheltered at the Taronga Zoo until the area was deemed safe for their return.

“While they have coped well in care we are delighted to finally send our koalas home” said Dr. Kellie Leigh, Executive Director of Science for Wildlife. “We have been busy assessing the burnt area that we rescued them from, to establish when the conditions have improved enough that the trees can support them again. The recent rains have helped and there is now plenty of new growth for them to eat, so the time is right. We will be radio-tracking them and keeping a close eye on them to make sure that they settle in ok.”

The research team discovered that the Blue Mountains World Heritage Region is home to the most genetically diverse population of koalas in the world, and Science for Wildlife, along with San Diego Zoo Global, is committing resources to help ensure that the population is recovered. Mega-fires raced through the region over the last few weeks, devastating more than 2.5 million acres (1 million hectares) of habitat and threatening wildlife.

San Diego Zoo Global has been a core partner for the Blue Mountains Koala Project since it started 5 years ago, and have been raising funds to support the rescue and other emergency wildlife work that Kellie and her team have been undertaking “Successful conservation work to save species requires working collaboratively in regions all over the world, supporting partners in a variety of ways,” said Paul Baribault, President and CEO of San Diego Zoo Global.  “This is a crucial time for Australian wildlife and we are proud that our long-standing relationship made it possible for us to save these koalas.”

“During the massive fires, as 80% of the World Heritage Area burnt, we were at risk of losing the entire koala population at this site and so that’s what drove us to try something so radical and pull these koalas out before the fire hit.”  Said Dr. Leigh

The reintroduction of the koalas is just the next stage in what conservationists know will be a long-term effort to recover koala populations in the area.

“There is still a lot of work to be done to assess what is left of koalas in this region and plan for population recovery.”  said Jen Tobey, Population Sustainability researcher, San Diego Zoo Global. “We are dedicated to continuing to support this critical work to conserve a significant koala population.”

The release back into the bush is just the beginning of the story for these koalas. “The radio-tracking devices that enabled us to find the koalas quickly and move them from in front of the fire will now allow us to follow them and find out more about how koalas use the landscape after fire” said Dr. Leigh. “including where else we might find pockets of surviving koalas. That will help us to plan a future for koalas under climate change, where we expect more frequent and intense fires”

“Due to the extensive experience and expertise of our keepers and veterinary staff, Taronga is best placed to assist in emergency situations when animals, like these 12 koalas, need emergency housing and care,” says Nick Boyle, Taronga’s Director of Welfare, Conservation and Science. “We were so pleased to be able to assist Science for Wildlife on their mission to save these incredibly valuable koalas. Taronga is committed to ensuring the survival of koalas in Australia. During the bushfire and drought crisis of the 2019/20 summer our vets and vet nurses treated more than 100 koalas across our two hospitals and in the field. Whilst we still have a number of koalas being cared for at Taronga Western Plains Zoo, our attention is also turning to the long-term recovery of koalas in the wild.”

Documenting the bushfires impact on wildlife has played a pivitol role in engaging public, business, and government support for resuce and restoration projects. Through visual stories people are encouraged to consider and feel compassion for vulnerable creatures and to understand how and where they can help contribute to recovery efforts. Jo Anne McArthur, is the founder of We Animals, a global media agency dedicated to making visible the lives of animals trapped in the human world. Her award-winning images have been utilized in many advocacy and awareness campaigns as well as the production of educational media.

Constructing media with a potent voice to express confronting issues, requires a level of empathy and discern—virtues of McArthurs canon.

When asked to describe her process and approach to documenting the 2019/20 bushfires, McArthur wrote…

I was immersed in documenting the effects of the devastating Australian bushfires for two weeks. I flew there so that I could help show the world what’s happening to animals, both wild and farmed. As always, the goal was to help. The effects of good images can be revelatory and instant, and what I wanted for these images was to galvanize anyone seeing them into empathy and action. The goal was also to support the good work of rescuers, vets, and sanctuaries. Strong images and stories would bolster financial support for their efforts.

This is what a bushfire catastrophe looks like. Forests, once a blooming and fertile landscape, made of thousands of shades of green, teeming with life—birds, marsupials, ungulates, and insects—are now monochromatic and lonely. Haunted.

The auditory experience is something hard to convey through images. Forests are places of life. Here, the quiet positively echoed.

We know that millions of animals died from the fires or their effects. Some estimates are more than a billion. Our little team drove thousands of kilometers to document and to help rescue. We could help locate animals with drones, document their work, and show the world.

Because of blocked access to the burned landscapes, rescues were difficult. It seemed that things were going from bad to worse. As days and weeks passed, would injured survivors recover? How many would succumb to injuries, or starve? And with so many helpers—rescuers, vets, volunteers, and experts—why wasn’t there more coordination for this important field work?

Australia continues to ask itself this question.

I did photograph rescues. Each rescue of the few survivors was bittersweet: it brought home just how much need there is for help. This became depressingly apparent when I flew from Mallacoota to Melbourne. The blackened forests were endless, almost merciless, save for small, unburnt patches of green—last bastions of safety. Were life-saving food drops happening? If not, then when? As I left Australia, public and political pressure in the state of Victoria was mounting to get moving on these drops before it was too late.

I worked alongside rescuers. They worked punishing hours; eating and sleeping seemed to be an afterthought. It was clear they knew the clock was ticking. Koalas in leafless, lifeless trees, with their joeys holding fast to their backs, slowly grew hungry and dehydrated, some with wounds from the fires that were not healing. Kangaroos and wallabies, limping from burns that would not heal, needed sanctuary care.

We continue to learn how to mobilize in a state of emergency to minimize human fatalities. But if our actions—a cigarette butt carelessly tossed from a car window, a campfire left unextinguished, and our use of resources leading to climate change—go unabated, and effect all the other life on earth, is it not our responsibility to mobilize for them as well? Veterinarian Dr. Howard Ralph at Southern Cross Wildlife Care told me that 90% of the traumas they treat are caused by humans. Should we not then be organized to triage, rehabilitate, and rewild 100% of those animals?

But you don’t have to be a professional photographer or journalist to contribute to research and information benefiting wildlife.

The Citizen Science Busfire Project website allows members of the public to contribute to projects ranging from air quality, to identifying and confirming animal and plant sightings while maintaining safe social distancing practices.

People can also get involved online by identifying animals in camera images.

“We’re using cutting-edge science like artificial intelligence, satellite imaging, and seasonal and decadal climate modelling to respond to fires and get ahead of the next bushfire season.

However, the model is only as good as the data we feed it, and there is no substitute for the power of the people to keep us firmly connected with reality on the ground,” Dr Marshall said.

“Australia has some of the greatest biodiversity on the planet, and the Atlas of Living Australia has already proven the power of citizen science – what better way to inform and guide our bushfire recovery.”

The initiative is a key outcome from the Bushfire Science Roundtable hosted in January by Minister for Industry, Science and Technology Karen Andrews and comes at a time when Australians are eager to actively participate.

“As we grapple with the challenges of the coronavirus pandemic, it’s important we continue important work to make sure we’re prepared for the next bushfire season and this is a fantastic program that allows all Australians to get involved while still observing social distancing,” Minister Andrews said.

“Despite the challenges we are facing, the Australian spirit remains strong and it is obvious that our citizens are eager to do their part in the bushfire recovery process.”

As well as the devastation and the economic, social and psychological impacts on affected communities, the bushfires took a heavy toll on wildlife and affected water and air quality.

The website was developed in collaboration between CSIRO, the Atlas of Living Australia (a National Collaborative Research Infrastructure Strategy capability) and the Australian Citizen Science Association.

The Project Finder also features a geographic filter enabling users to identify available projects in their area. It can be accessed at www.csiro.au/bushfireprojects.

ABOUT US
BEJournal embraces vanguards of story-culture to develop creative collaborations which foster new ways of looking at nature.
FOLLOW US
© Earth Endeavours Media 2021. Our unique logo was designed by the talented Emily Croft.
MORE STORIES
Conservation

The Wild North East: A Surprising View of Scotland